Magdalen College of the Liberal Arts > About > News, Events, & More > Blog > Jack Bisgrove, Requiescat in pace
Magdalen College mourns the death of one of its trustees and heroes, John “Jack” Bisgrove, Jr., who passed from this life on Sunday, Nov. 4, 2018, at home surrounded by his family. 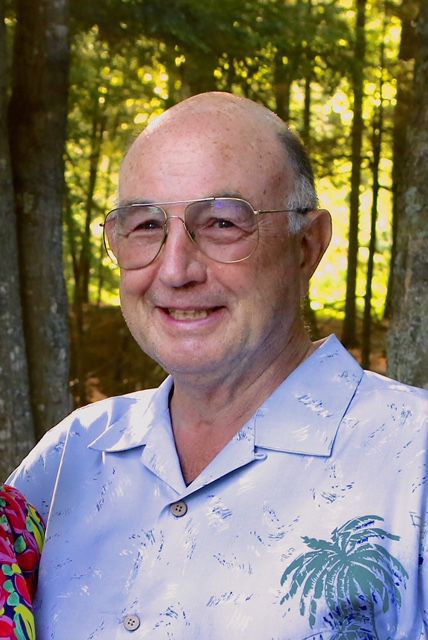 In the history of Magdalen College, Bisgrove’s presence stands large—perhaps second only to the founders—and his generous contributions will be felt for generations to come. After encountering the college in the 1980s at its modest campus in Bedford, New Hampshire, Bisgrove became a trustee and, through his extraordinary and singular generosity, established the college’s campus in Warner, New Hampshire in 1990. This campus, consisting of 135 beautiful acres at the base of Mt. Kearsarge, is a monument to Bisgrove’s love for the Church and his commitment to faithful Catholic education.
For decades, his hands-on support and generosity were consistent and concrete, with Bisgrove remaining an engaged member of the board through the final months of his illness, attending to the college’s future and flourishing. In recent years, Bisgrove gave unstintingly of the wisdom he had acquired, a wisdom fed by keen insight into life’s realities that incorporated the actions of grace and a hope animated by prayer. He encouraged the development of the
college’s academic program—including the addition of majors in 2015—and the deep integration of intellectual and spiritual formation even as the college adapted to changing conditions in a new millennium. And his presence is felt and remembered in smaller ways: the paved basketball court behind St. Paul’s and the John Deere tractor still used today. 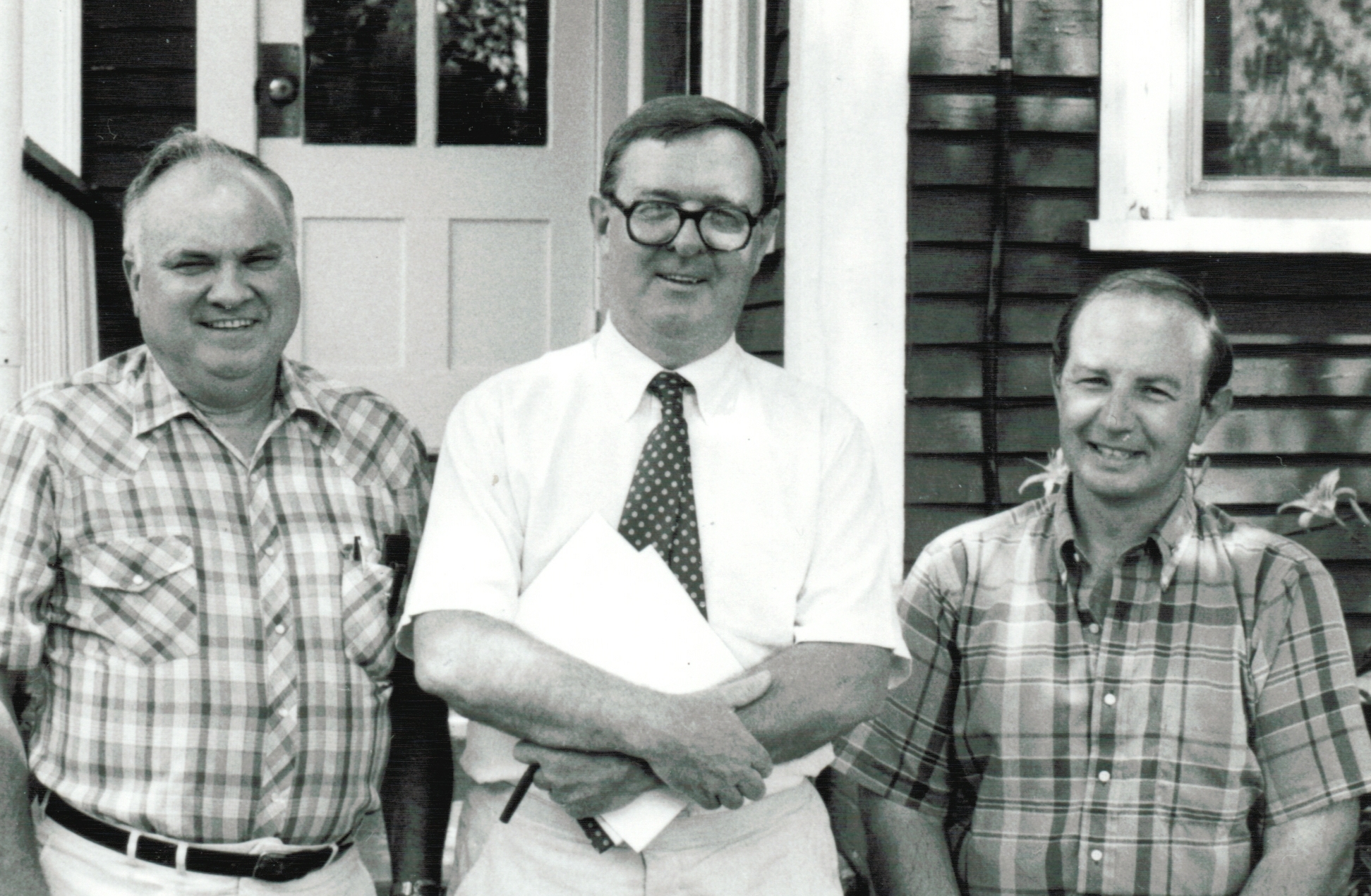 Pictured here are trustee Vernon Hickel, second president John Meehan, and new
trustee Jack Bisgrove circa 1988 in front of the administration offices (the “Red House”)
of the Bedford campus. This would be the time that Bisgrove was already working to
create the Warner campus.
Speaking of Bisgrove’s legacy, college president Dr. George Harne observed: “Jack faithfully lived out what he believed. His words and actions witnessed to a deep integration of faith, hope, and love for God and for those who were a part of his life. His laughter and sense of humor were infectious and gave joy to all who encountered him. He loved our students, those who served as teachers and administrators, and the Church. All of the students who have passed through the college for decades have been formed for eternity by his generosity. Jack will always be for us an icon of fidelity, joy, and trust in providence. There are few men like him who walk the earth today.”
The college’s chaplain, Fr. Roger Boucher, has offered and will continue to offer Masses for Jack, his beloved wife Marsha, and his family.
Calling hours for Jack will be held from 3 to 7 p.m. Friday, Nov. 9, in St. Mary’s Church, 15 Clark St., Auburn. A Mass of Christian burial will be celebrated at 11 a.m. Saturday, Nov. 10, followed by private burial in St. Joseph’s Cemetery.
PrevNext