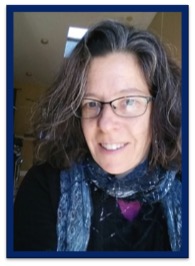 Midge Goldberg was the recipient of the 2016 Howard Nemerov Sonnet Award for her poem “Tennis Practice Against the Garage Door.” In addition, she received the 2015 Richard Wilbur Poetry Award for her book Snowman’s Code, (University of Evansville Press), chosen as the 2016 New Hampshire Literary Awards Reader’s Choice Award for Outstanding Book of Poetry. Dick Davis FRSL said “Snowman’s Code is a beautiful book; one to welcome and be grateful for.”
Goldberg is also the author of Flume Ride, about which poet B.H. Fairchild wrote, “This is poetry of a high order, but it is also verse, close kin to song and wisdom.” And working with the talented artist Valori Herzlich, she wrote the children’s book My Best Ever Grandpa (2015).
Goldberg’s poems have appeared in Measure, Light, First Things, Northern Woodlands, Appalachia, and on Garrison Keillor’s A Writer’s Almanac. Her poems are included in several anthologies, including Poetry Speaks: Who I Am, Rhyming Poems, Hot Sonnets, and the Poets Guide to New Hampshire. She was featured on NHPR’s The Bookshelf, where she was interviewed by Peter Biello about her poetry, favorite books, and her foray into writing mysteries.
She is a longtime member of the Powow River Poets, holds an M.F.A. from the University of New Hampshire, and has taught at several colleges and poetry conferences in the Northeast. She lives in Chester, New Hampshire, with her family, two cats, and an ever-changing number of chickens.
___________________________________________
Magdalen College
511 Kearsarge Mtn Rd
Warner, NH 03278
www.neccstaging.wpengine.com
603-456-2656
PrevNext